As soon as I completed all the lakes in the Lost River Ranger District I focused my attention on completing all the lakes in the White Clouds. I have a ways to go but I have a really good head start since I have done a few of the major ones such as the Big Boulder Chain, Little Boulder Chain, and Chamberlain Basin. After looking over the map there are quite a few lakes that sit in certain drainages alone so it's not easy to lump them in a loop or with other lakes, Champion Lakes are one of those drainages.
Champion Creek holds about 6 different lakes but three of the lakes are much bigger than the others and of those lakes two of them have been stocked with fish. Champion Lake #3 is said to have Bull trout (108 stocked in 1993) and IDFG have found Brook and Rainbow trout but I never saw any fish. As I worked my way down the drainage I came across Champion which has not been stocked but IDFG has found Brook trout in the lake system however I did not observe any.
I was pretty disappointed in the lack of fish at this point and was wondering if I should even continue to the last lake. Champion Lake #1 has no stocking records and no fish have been observed but when I got to the lake, there was tons of minnows swimming around the lake and a handful of Brook trout. I literally thought that they just stocked the lake just a few day before I got there because there was so many fish. I tried to identify what they were but couldn't until I caught one of the bigger ones. It turned out to be a Redside Shiner which is really uncommon to find in a high mountain lake. I believe if IDFG would manage this lake better some huge fish could come out of this lake because Redside Shiners only get to about 4 to 6 inches and trout can feed on these fish easily. Just food for thought, your move IDFG. 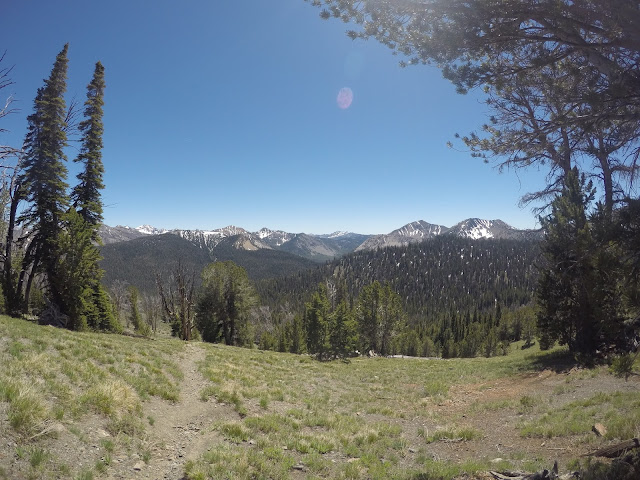