My friend has been fishing with a Tenkara Rod, its a Japanese fly fishing technique, and has finally converted me to it after I tried it a few times. I broke down and bought one so I needed to put it to the test. 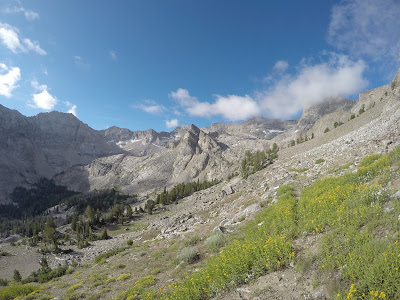 What I really like about the Tenkara Rod is that its a very simple set up. What it consists of is a telescoping rod that comes out to 13ft, 12ft of line that attaches to the tip of the rod, a few feet of tippet and a small box of flies. Its a perfect set up for me because I like to go lightweight in order to hit a lot of lakes in a small amount of time.
The lakes that I had in mind where Boulder Lake and Washington Lake as well as a side lake that isn't named but holds fish which I think should be called George since its close to Washington Lake. The trip would be about a 10 mile hike hitting and fishing those lakes.
I had a hard time figuring out how to set the hook with a more lighter and sensitive rod but once I got it down I caught quite a few fish. Overall the rod held up really well even with some bigger size fish which I was impressed by. It was a great day to be out in the mountains even if the weather wasn't ideal. 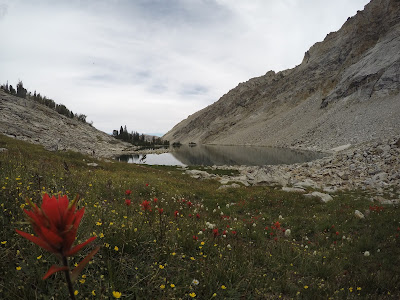