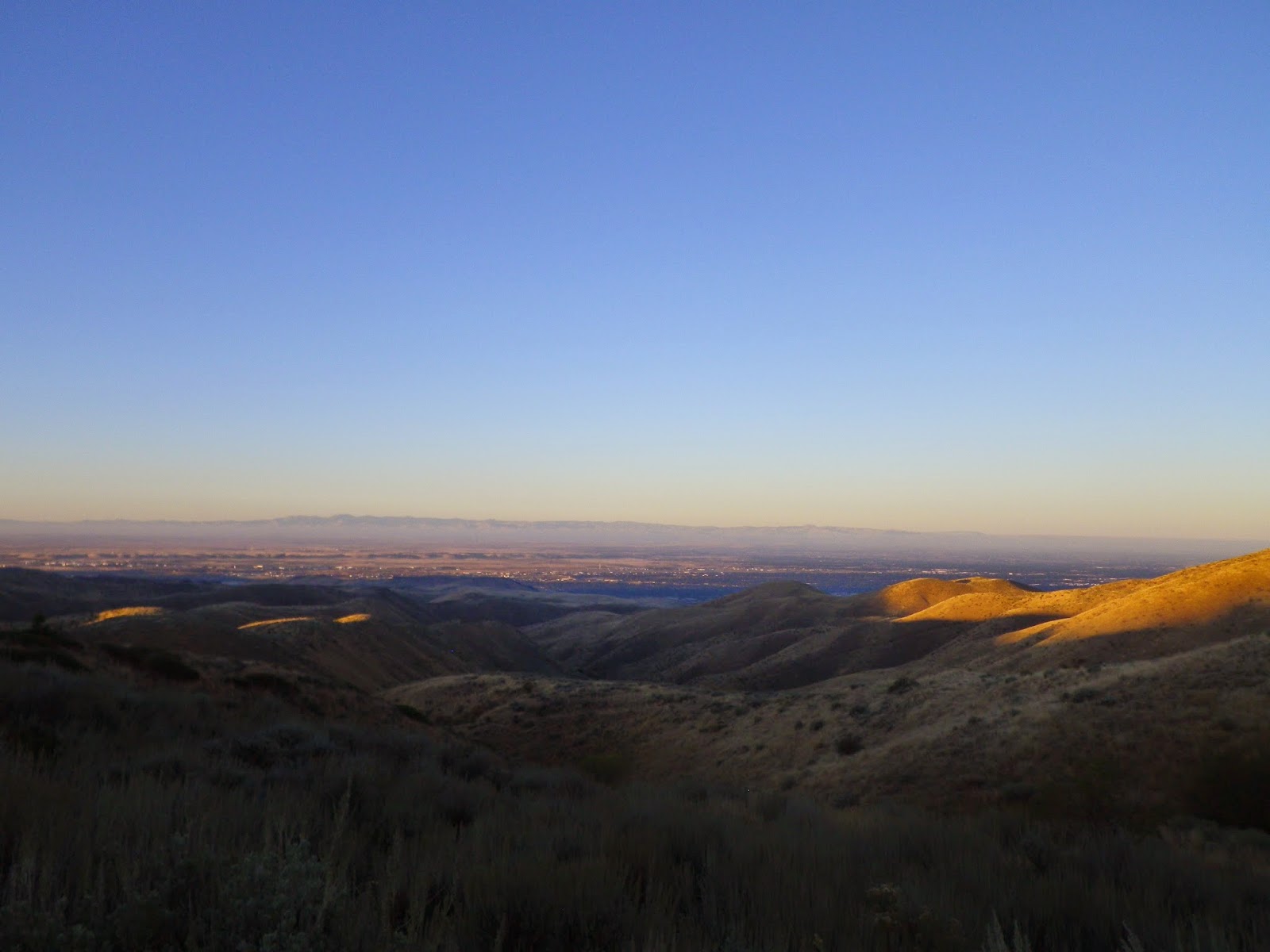 A little over a year ago I didn't even know what an ultra-marathon was, let alone the people that would run such an event but here I was toeing the starting line of my 6th one in just over a year. Let that sink in for a moment. It seems that this thought crosses my mind every time during a race, usually being said like “what the heck am I doing”. I seemed to get asked by a lot of people on why I do these races and how are they fun. I've started to learn that you don’t actually know the answers these questions because your answers are always changing. During the race someone asked out loud “someone remind me why we do these again”, in my answer to myself I was thinking of the quote by Walter Bonatti, “mountains are the means, the man is the end. The goal is not to reach the tops of the mountain, but to improve the man”. 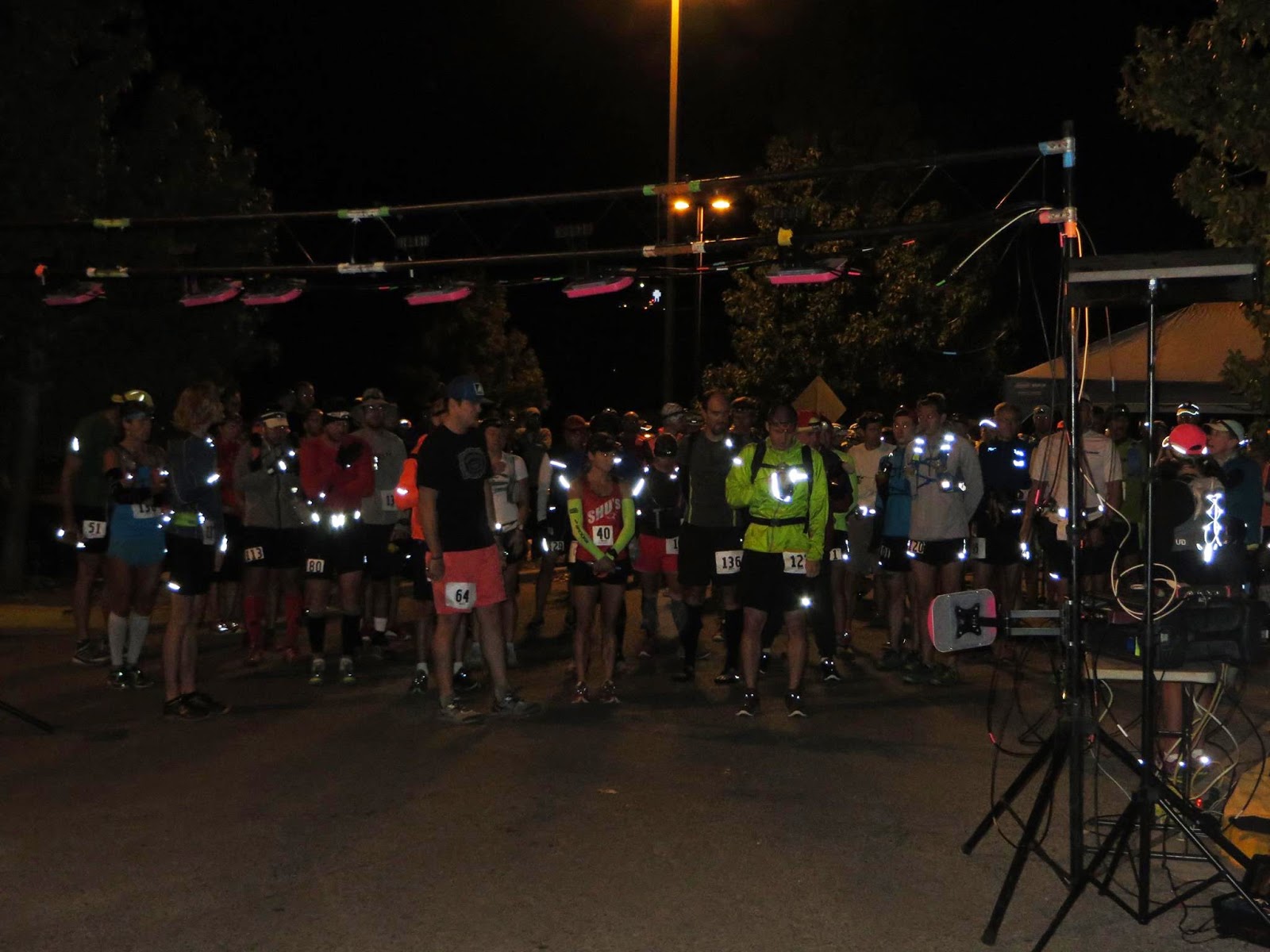 The Foothills Frenzy was one of my best performances. One of my favorite athletes (Ueli Steck) said it best, “what I really like is when you train hard, and then you go onto the mountain and you feel like your body is working”, in this race that was the case for me. My training paid off, the countless hours of running in the foothills and the many workouts in the gym made my body into a powerful machine. I had a professor tell me that she had really bad test anxiety going through college until she found out that you should look at tests to prove all the hard work that you did throughout a semester. In my case my race was the test and it was time to prove my training.
The race started at 6 am so we didn't have light for about two hours but that was one of the coolest experiences of the race. Just in the first two miles you start climbing and looking back at the lights of Boise and below that were about 100 runners all lit up with headlamps, I had to stop to take a picture. Not having light is a bit of a blessing in disguise, you can’t really tell how far you have to go or how far you have gone but just from running this section before I knew I could push it. So I ran uphill, which is the first mistake in running ultras but this time it paid off for me. I stayed in front for the majority of the race and made sure I took my time at the aid stations. 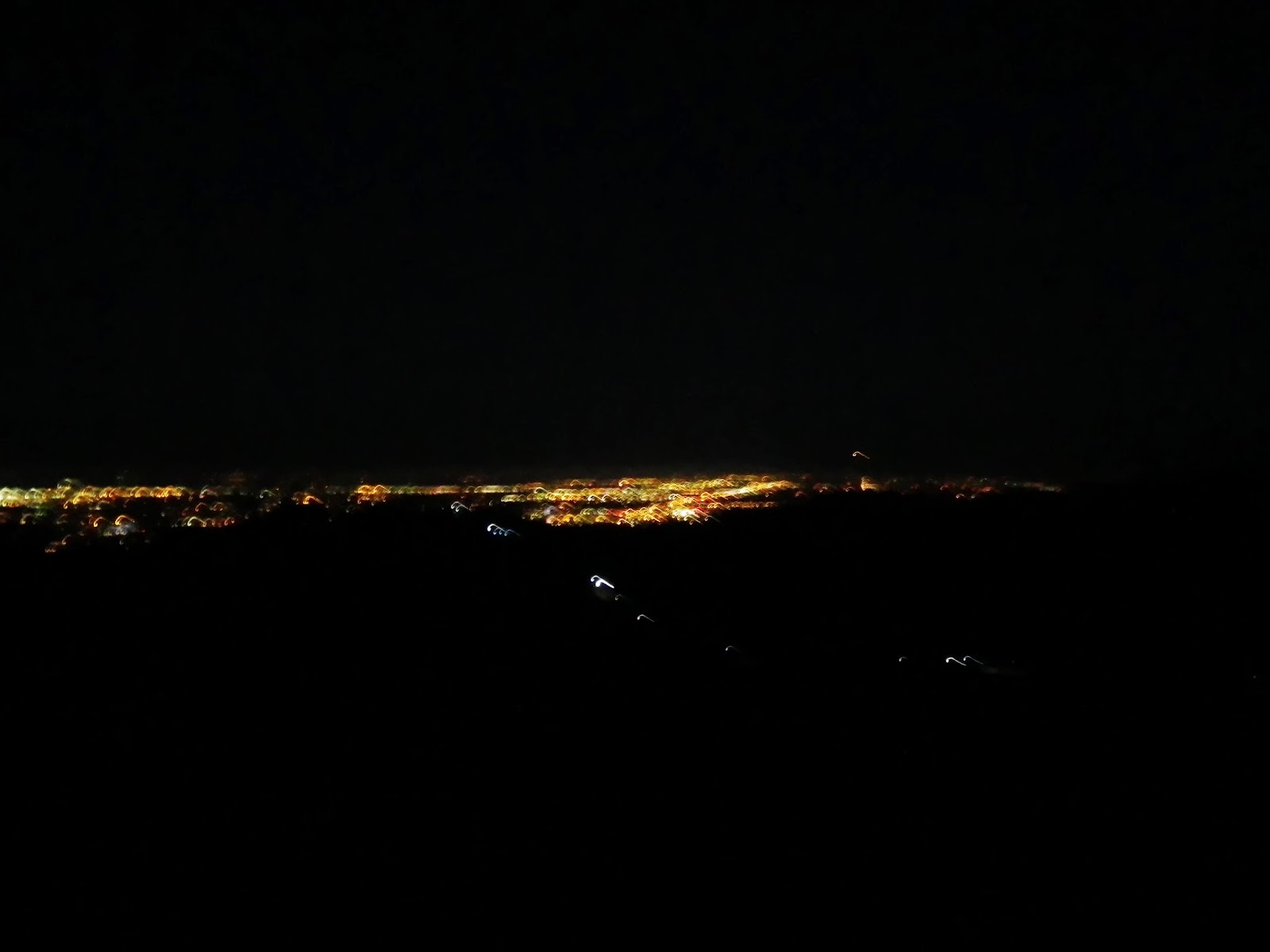 Before we reached the first aid station I already had a granola bar in me and was keeping up with my hydration. I took a short amount of time to gather some water and a handful of pretzels and headed up the short hill. Once I got to the top of the hill it was back to running until I hit the biggest climb of the race, where I just took my time and alternated between running and hiking. Everything was going good, I was getting close to reaching the halfway mark in just over two and a half hours. With an out and back section coming up. I took advantage of the close aid stations and fueled up for the big push for the 6 hour mark.
With the biggest climb out of the way, it was just all rollers from here on out.  I knew the climbs weren't going to kill me but what was going to kill was the constant downhill. I made sure I ran fast but not too fast, I needed to save my legs for the remaining 15 miles. My watch came in handy here, I kept my pace around 9 minute miles and made sure I didn't go over 8 minute miles. Once I hit the next aid station I went through my routine of refueling and took my time eating while I left the aid station since it was back up hill again. In this section I stuck with two guys that set an awesome pace that didn't push it to hard but they weren't walking either. We made great time to the next aid station. 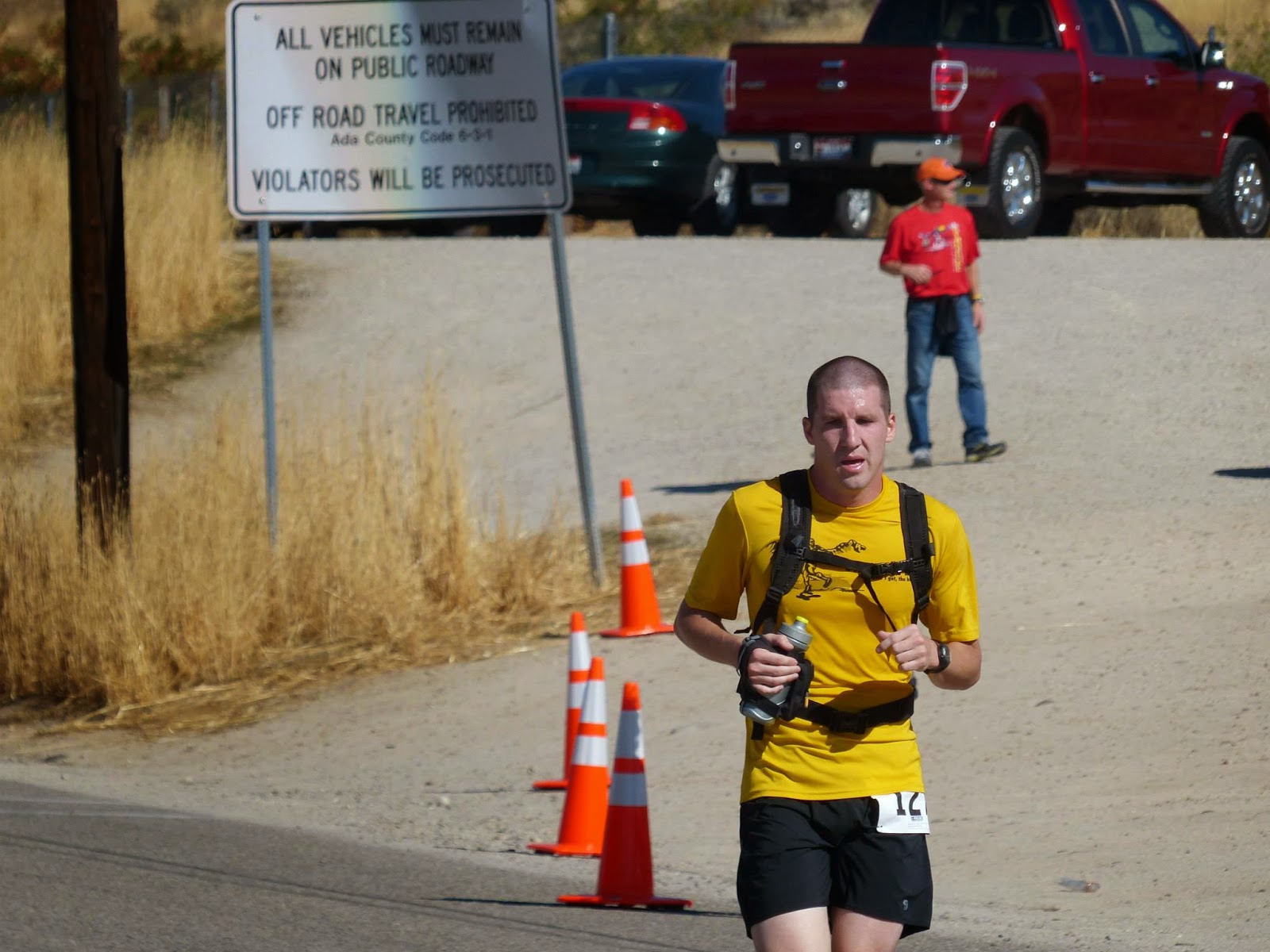 Four and a half hours into the race and we finally got hit by the sun. Things were heating up, I had another climb ahead of me and ten miles left to do in an hour and a half in order to finish in 6 hours. I really started pushing it, once I got to the top and the to the other aid station I was in sight of the finish line. It was all downhill from here it was just a matter of how much I had left in the tank. From the second to last aid station to the finish line it took me an hour and twenty six minutes, just nine minutes from finishing in 6 hours. I blame it on the three pieces of watermelon I had at the last aid station but it was ice cold and tasted so good how I could refuse. Anyway it wasn't about the time, it was about trying my best and giving it all my effort and that’s all I could do. Overall it was a fun and enjoyable race that took me on a tour of the Boise Foothills, the one thing that makes coming back to Boise bearable. 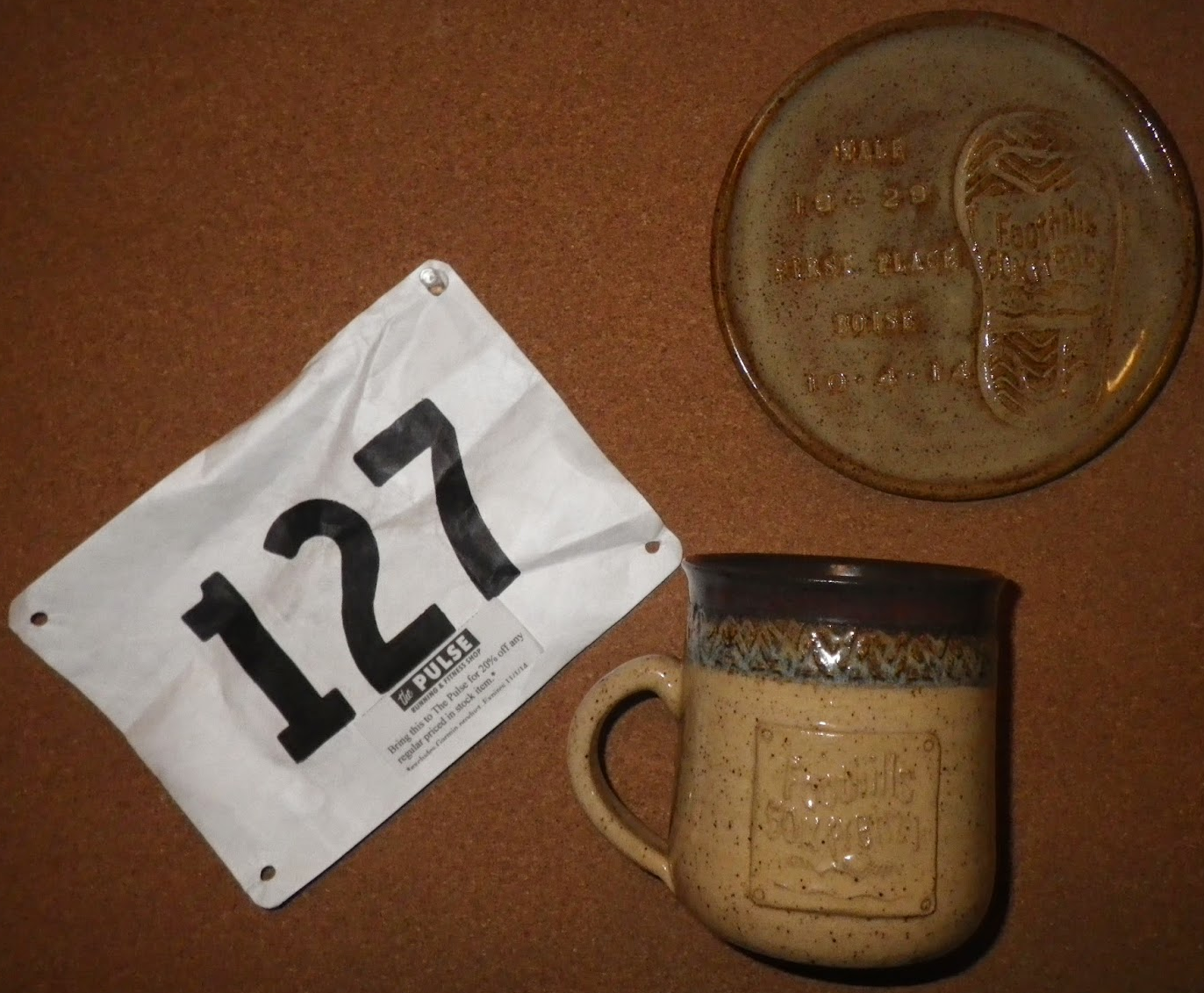