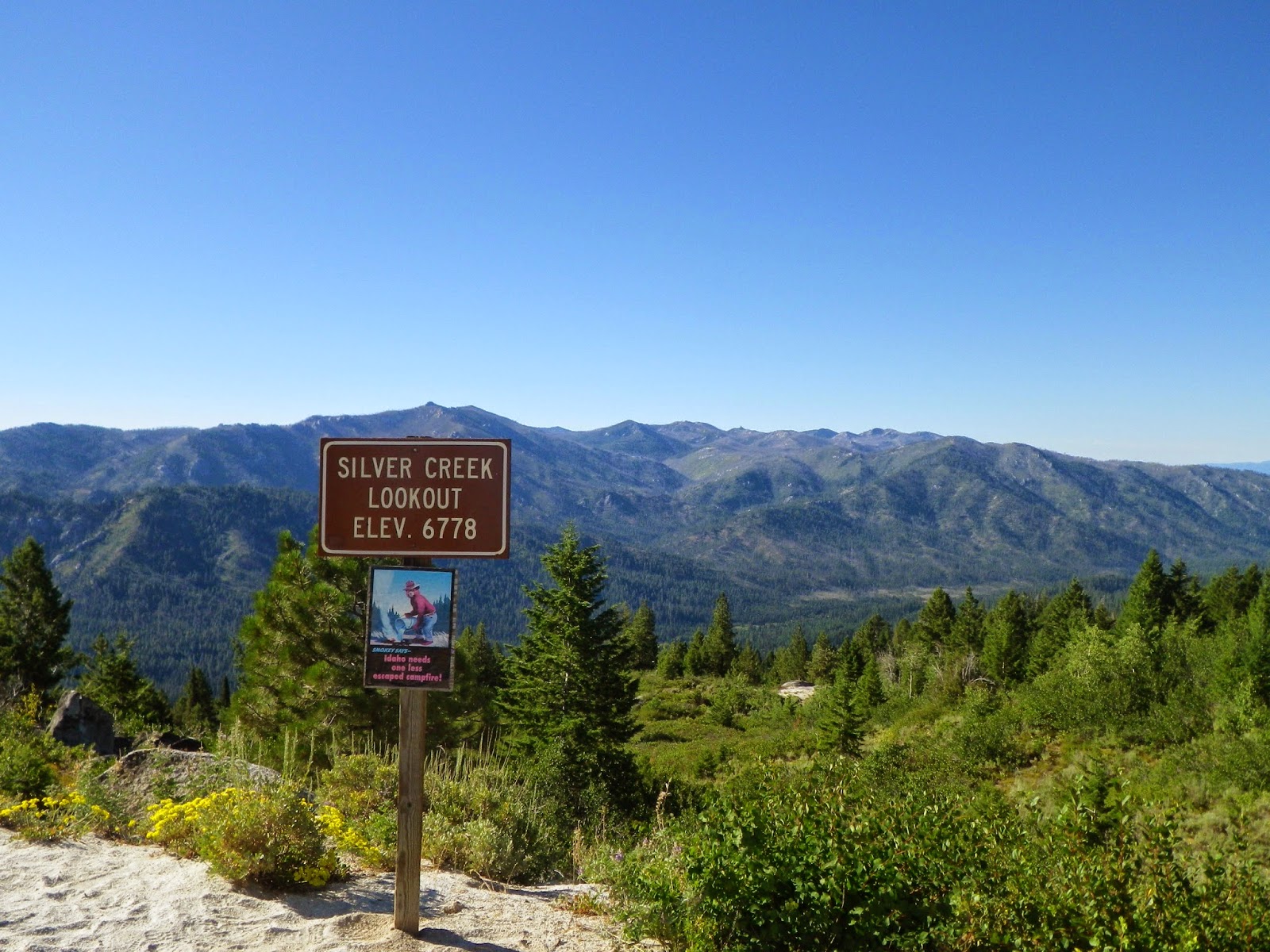 Iliotibal band is a tendon that runs on the lateral side of your leg connecting to the top of the hip and to the lateral side of the knee. The band is crucial to stabilizing the knee during running, as it moves from behind the femur to the front of the femur during activity. The continual rubbing of the band over the lateral femoral epicondyle, combined with the repeated flexion and extension of the knee during running may cause the area to become inflamed. 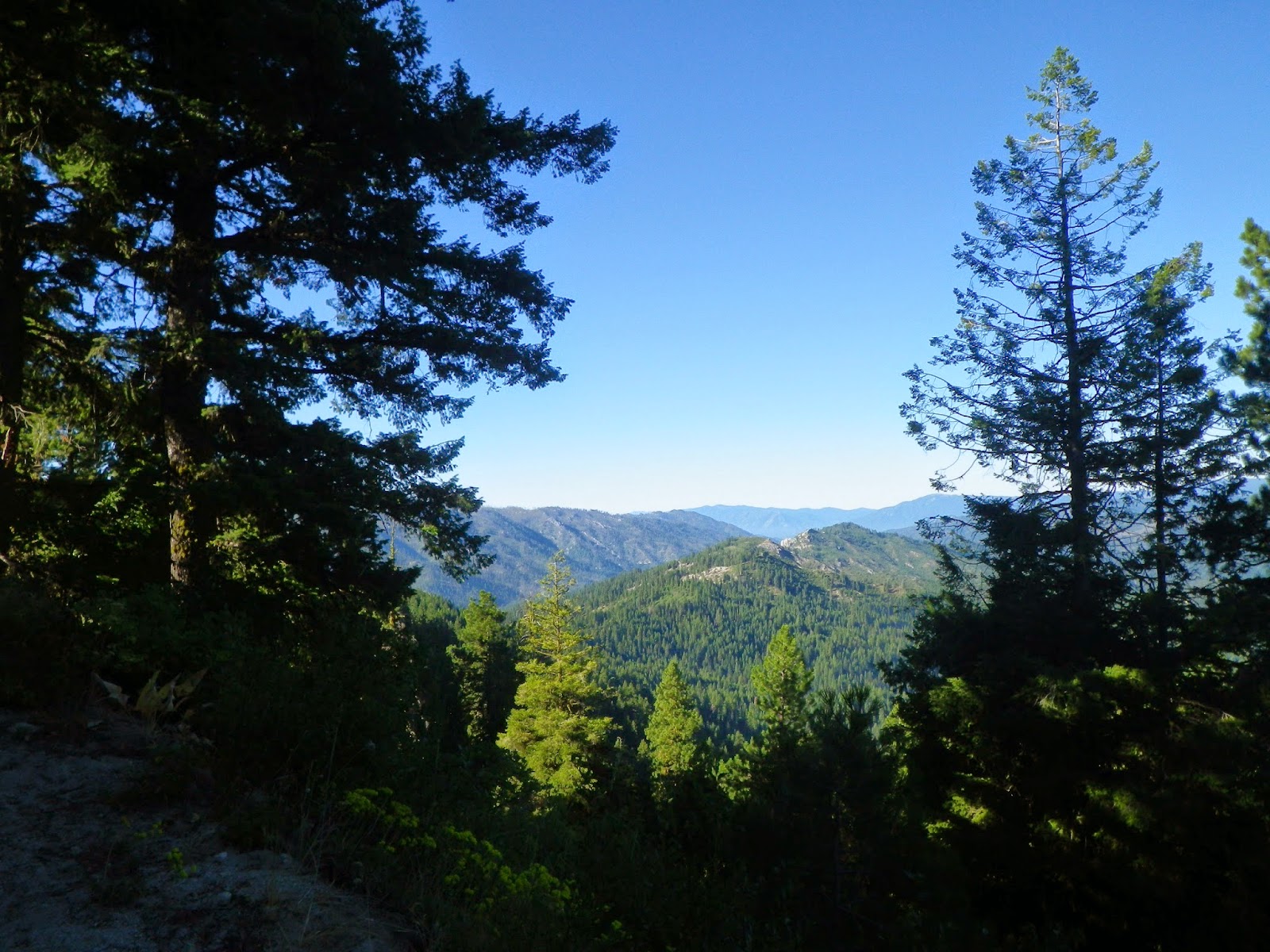 I have been experiencing this problem for about three weeks now but it hasn't really been too bad. However its been limiting my capabilities. I wasn't even sure if I was going to do this race and didn't even decide until two days before the race. My deciding factor was not going and regretting the fact that I should have. So after a 4 hour drive through central Idaho and a cold morning there I was at the starting line, wondering what I was doing there. 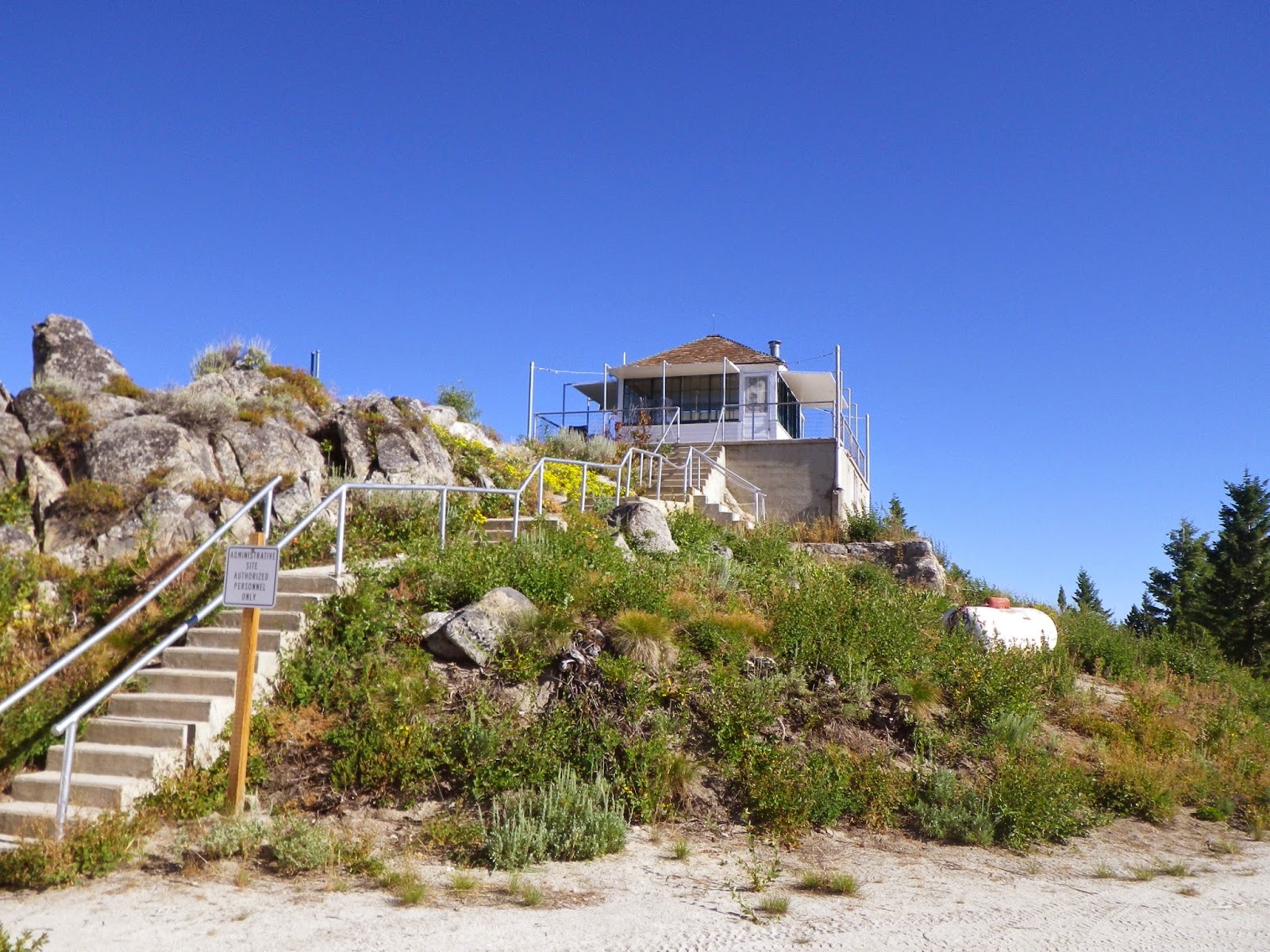 Seventeen miles later I was halfway through the race and was ahead of my race pace, which was surprising since I had a bum leg. My leg felt good hiking up hills but it hurt coming down. Luckily everyone that I ran into was having problems of there own. My friend from college that blew me off the starting line I passed at about mile 18 because his calves were hurting him. I passed a few more girls that looked strong at the beginning of the race but they ran into a knee and GI problems. The uphills killed them but that's where I was strong, and the only thing that I trained on from my last race. I practically spent my weekends with a thirty pound pack hiking the hills. 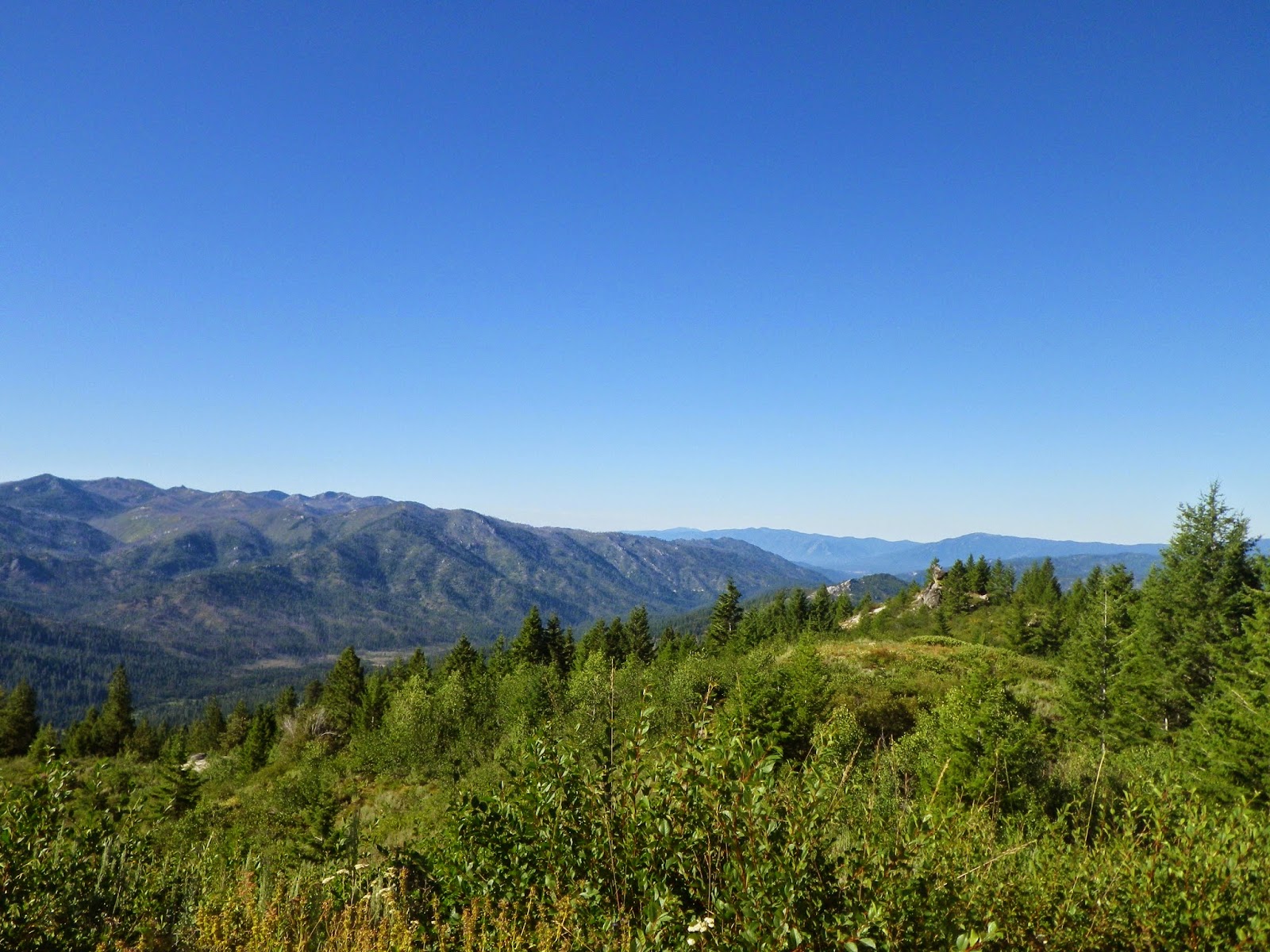 Once I got to the last hill climb I knew I could no longer run. It was seven miles to the finish line and I had to walk the rest but I was happy that I made it this far because I just wanted to finish the race. If I made it to the junction at mile 4 without anyone passing me I could finish the race strong with no one going in front of me and putting me farther in the rankings. From the top to the junction I hiked like a mad man, trying to keep a 15 minute mile pace. I made it to the junction and did a fist pump because no one had passed me. But not a second later two girls where coming behind me, so I filled up my bottle with water real quick and hit the trail. A few minutes later the one girl passed me but I made sure to keep her in my sights because we still had a bit of a hill climb before the finish. Sure enough she burned out and I was able to pass her and I even was able to run downhill to finish strong. I crossed the finish line so relieved and overwhelmed by the  sweet finishing prize. I was also really surprised when I was handed a gift card for being the 3rd Overall Male, there must have only been 3 males that raced in the 50K. Not to bad for having a bum leg, I just wished I had a good leg to run that course to see what I could have done. 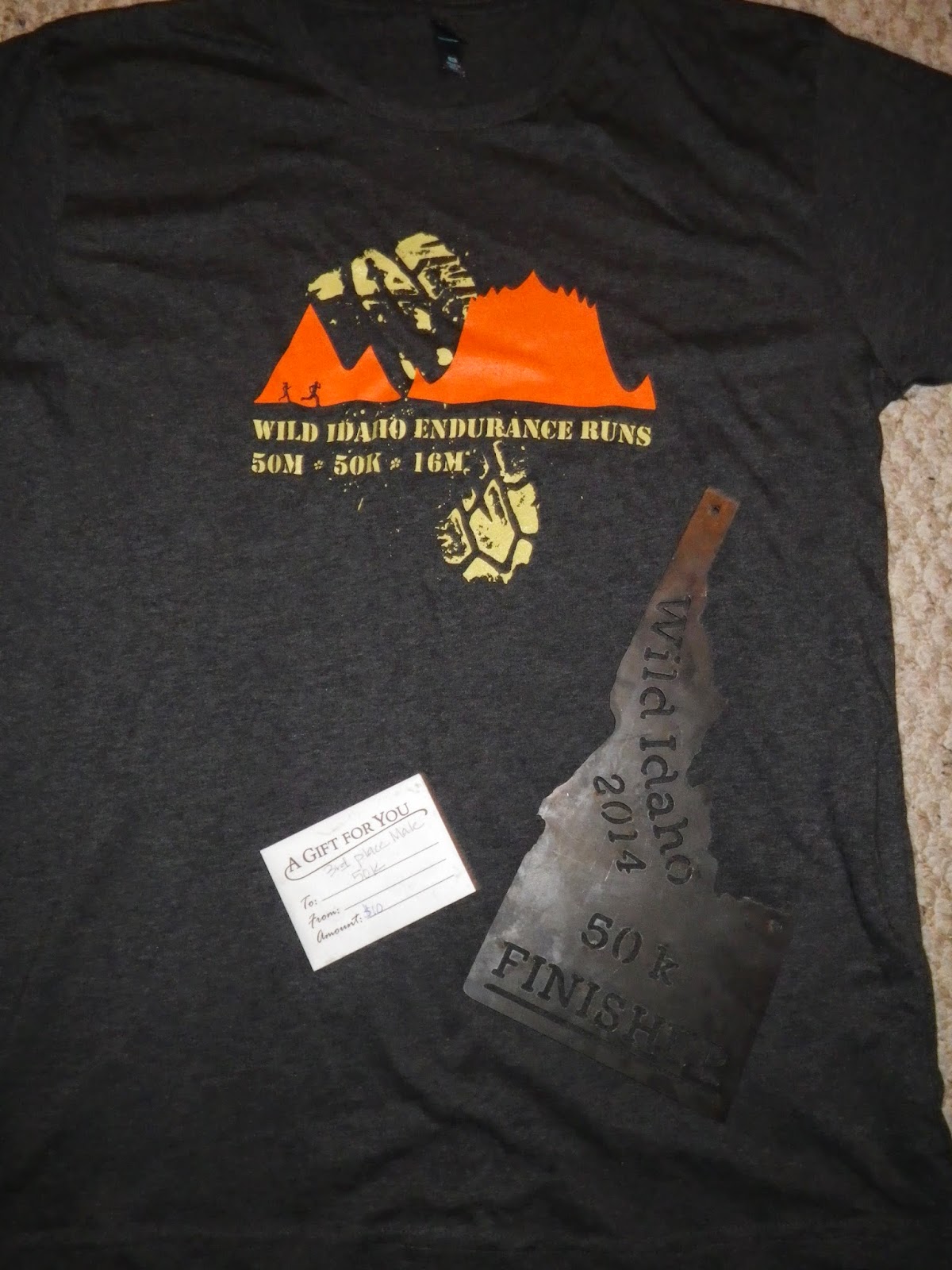