I know it has almost been a year since my last post and I have so many more posts to do before I start into this summer, so Im going to knock them down one at a time.


Last July my friends, my dad and I took our annual trip to the Sawtooths which lasted five days and four nights. The trip started when we boated across Redfish lake, from there we headed on our way to Alpine Lake, which is where we stayed for the first night. The hike up was not bad at all, it was good to walk at a slower pace and just enjoy each others company while we took in the sites and sounds that the Sawtooths had to offer. Once the trail split into to two there was a big incline that my dad and some of other guys had some trouble with. So I went ahead and got our campsite picked out. Once the rest of the gang got there we just relaxed for bit by taking a short swim in the freezing waters of Alpine Lake. After dinner we all had the idea of getting out our weapons of choice to slay some fish, which I only caught a few brook trout and then I finished the night by watching my dad hook up on about every other cast.

The next day we got up early packed all are gear up and headed down to where the trail split into two yesterday. Getting to Crammer Lakes was one of the easier days on the trip since we had to hike down hill for the first part and then we had a slow incline of about 4 miles up to Lower Crammer Lake. We knew that the trip that day was short so we took it easy and enjoyed the trail.
As we hiked up the trail we ran into some boy scouts that were coming out and the first few scouts that we saw were wearing ladies stockings. We all looked at each other with a confused look on are face, as they pasted we just brushed it off thinking that it wasn't what we really saw. As we continued we ran into more scouts in stockings, from the point we knew something was up but no one in the group mustard up the strength to ask them "whats with the ladies stocking"? For the rest of the day we made references to Saving Silverman, thinking that the Scout Leaders where making them wear the, good times. Once we got to the Middle Crammer Lake we set up camp and then it started to rain so we all took some naps. After it stopped raining we fished for brook trout that you could see come off the bottom to hit your fly, the best thing about fly fishing on clear mountain lakes. When we got tired of fishing it warmed up enough to do some swimming and I have to say that this lake was by far my favorite lake to swim in. It was warm (maybe because of all the rain), crystal clear and it had a beautiful waterfall flowing into it. Fun fact this is where Justin got the trail name Stumpy. 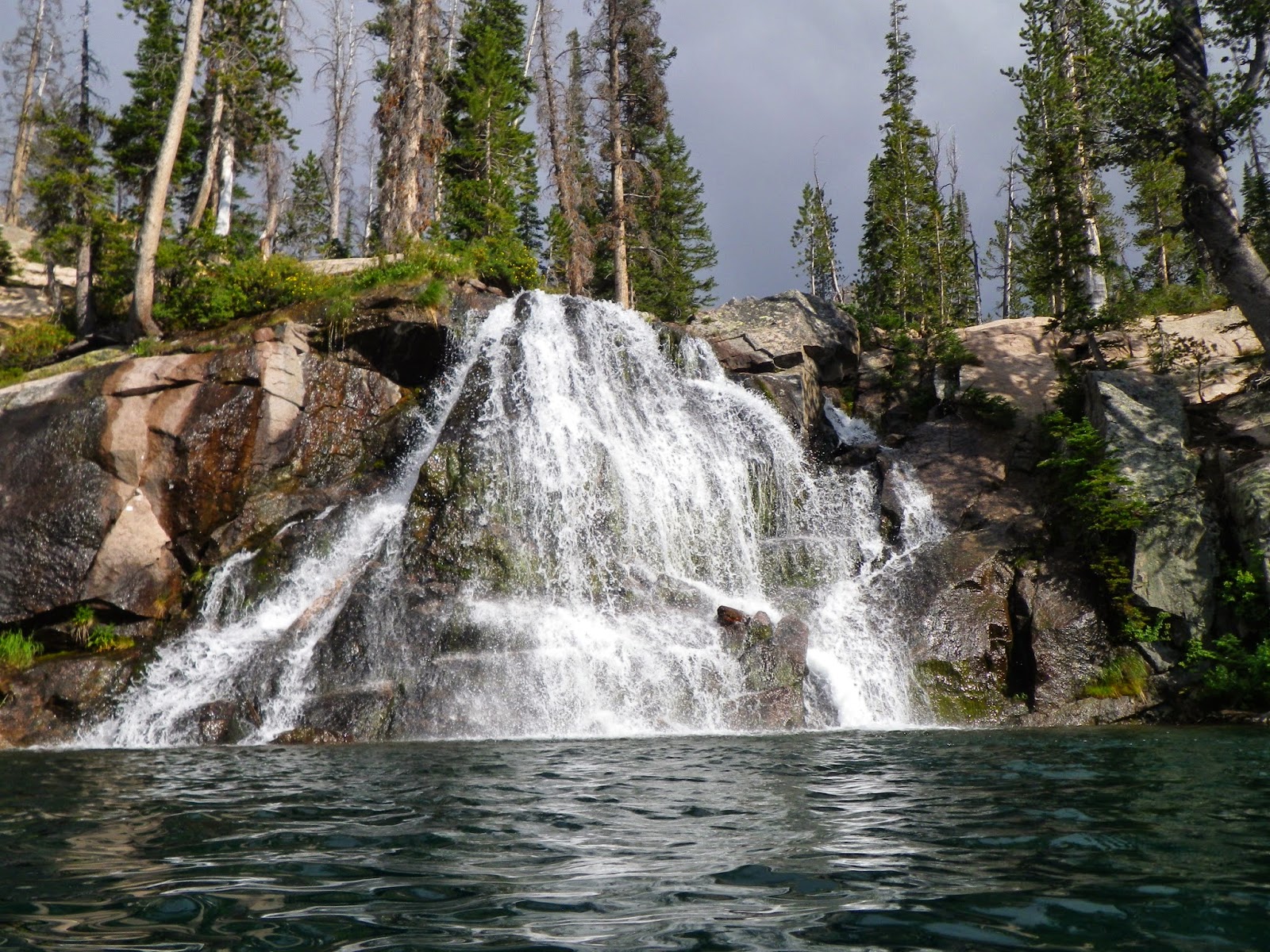 The next was consisted of going over Crammer Divide, dropping down into Hidden Lake and then hiking into Edna Lake. Once we got over Crammer Divide (Highest Point of the Trip) everything drains into the South Fork of the Payette River. This day was probably one of the toughest days that we had but the views where well worth the lactic acid build up.

When we got down to Hidden Lake we stopped for some water and a quick lunch break. From there we only had about another two or three miles to go until we reached Edna Lake. Edna Lake is one lake that holds monster fish, I'm only saying this because its a 15 mile hike back in there either way you go. Last year when we hiked the Sawtooths we day hiked to Edna Lake and the whole group saw seventeen inch cuttys and twenty inch rainbows. When we camped there this year we saw two rainbows that had to be pushing two feet. For the record Edna Lake has the biggest fish that I have ever seen in a high mountain lake. Good luck on catching them because I only had one chance at the two footer and pulled the streamer out of his mouth. But overall fishing at Edna was pretty good, I know Shayne caught a few on his fly rod and I caught a fat caught that probably came in at sixteen inches.
The the fourth day god sent his army to Imogene Lake. We woke up early and packed up camp so we wouldn't be stuck in the heat going over the few passes that day. This was also a longer day but we needed it be a long day for us to get out the next day with a decent time. The fourth day mostly consisted of hiking and talking to people on the trail. Once we rolled into Imogene we had the hardest time finding a camp site since it was the weekend. But when we did find a campsite we were all beat and just ready to eat and relax. Once it warmed up we went swimming like we did at every lake that we encountered and then we spent the rest of the night slaying fish, no big ones just a lot of them.

The fifth day, the last day of this great trip was coming to an end. I don't think anybody wanted to go back into the modern world but what we did want was a big greasy bugger, so that was are motivation to leave. I remeber when we were hiking out on about mile five all I could think of was the bugger. Once we hiked down into Hell Roaring Lake the trail turned into dust that just caked all of us to the point where we had to hike ten feet apart. We also ran into a lot of people probably close to fifty plus people that were heading into Hell Roaring Lake for the day. All in all, the trip was a blast and I wouldn't trade those memoirs/good times for the world. Oh yeah we stopped in Sun Valley for the Greasy Cheese Bacon Bugger. Can't wait for the next trip with these guys.