After a weeks worth of work and putting up around 30 miles of running for my up coming race in two weeks I was spent. I wanted to get out this weekend but I didn't think I had the energy to make it up to a lake just to get disappointed by the amount of snow that would still be on it, so instead I thought I would try and scout out a few new areas to fish in Copper Basin. Granted that the water levels may be a little higher than I would like them to be, I could still cover a lot of river miles and get a feel for how the river shapes up and where the big holes might be. I didn't think that it would be too great of fishing because of the recent hatches around the area, such as the brown drake hatch but it was more of a scouting mission and some time for some R&R.
I had brought my Honda so I could cover more ground on foot without happening to walk back to my vehicle every time I wanted to head to a new spot. This was the first time that I had done this and it couldn't have worked any better. Throughout day I probably covered anywhere between 6 to 8 miles, looking at a lot of water that day with only two fish at hand. Early in the morning I had two nice cutthroat on that got away from me. The first one that I had lost I miss took for a snag on a rock or a twig and didn't realize until I saw the flash of his cheek, it wasn't even close to a good hook-set. On the next one I wasn't going to make that mistake again so once I felt the take I set the hook quite good and just as I did that he was angling toward the rocky shore so I went with it and tried bring him on to the shore but right as he had the last little bit to go he popped off to never be seen again. Learning from my mistakes, the other two fish that I had a chance on where brought to hand. Throughout the day I had a lot of short strikes and misses which can be seen a lot when your fishing with a streamer. I would imagine that I could have caught a lot more fish if I would have fished with a smaller set up such as a dry fly or a nymph, but I'm all about the big ones.

Since owning my Honda Trail 110 for about two years now I have never wrecked it until this trip. I usually never take my bike up into the mountains because I appreciate how old it is and how it's a classic but a little dirt road here or there shouldn't beat it up too bad. When I finished up fishing I hopped on my bike and started heading back to my car. When I hit the Copper Basin Loop road it wasn't soon after that I noticed an elk that wanted to cross the road so I slowed down to let it cross. A few minutes went by and I was curious of where that elk had went on the mountain so as I was looking for it. As I was briefly looking away from the road and slowing down, I came over a little hill that hide the danger that awaited me on the other side. The other side of the hill was covered in loose grave and big boulders, a motorcycles worst nightmare. When I processed the situation it was already to late, I made the first mistake and grabbed for the front brake. From then on I knew I was hitting the road, I stuck my foot out to catch but it all happened in a blink of an eye. The next thing I knew I was on the road with my foot pointing the other way but not broken. After shutting my bike off I recorded all of the damage, the first thing I noticed was a small hole on my waders that was located on the knee. Everything else seemed to be okay and my next thought was, it could have been worse. Old red is okay and I have just a small repair on my waders, life is good. 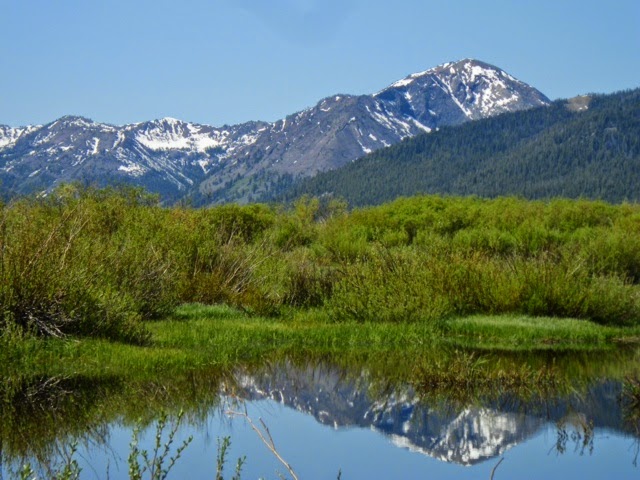 What I enjoyed most about this trip was the remoteness and solitude, I didn't see another person all day other than the people that passed on the way up or on the way out. I literally saw more wildlife then I saw people and I believe that's how it should be when you go out on these outings by yourself. You should be able to have the river and scene all to yourself to figure and organize your thoughts.


Eventually, all things merge into one, and a river runs through it.--Norman Maclean 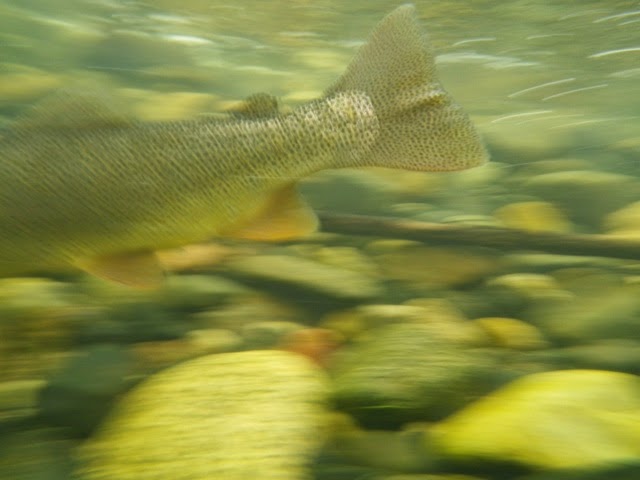