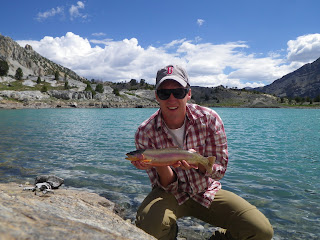 So last week was a great week for me, on Thursday I climbed Mt. Idaho which stands at an elevation of 12,065 feet, my second twelver, and then on Saturday my dad decided that we should go to a lake and I said why not. We went to lake x for obvious reasons: reason one it holds monster cuttys that no one can seem to catch but a select few, reason two it holds big goldens that will someday have the state record in a few years, I guarantee it. 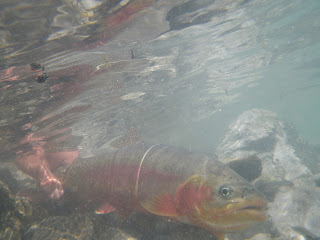 Because its such a long drive to the trail-head I wanted to leave early so we would have plenty of time to fish because you need to put in the hours to receive the results. I think we got to the lake around nine o clock and started working the usual spots that produced fish for us the past years but it wasn't paying off. As I continued to work around the lake I finally caught my biggest golden just off a snow bank. The golden was 17 inches and fat but nothing close to the state record, and if it was a state record I would still release it for someone else to catch. 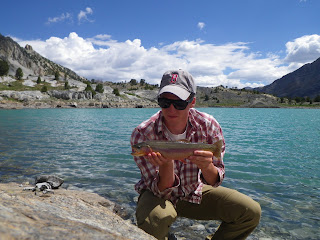 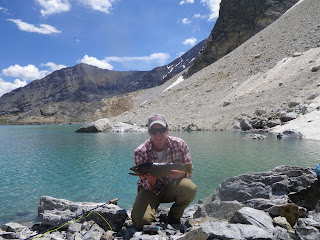 After eating lunch I continued working a rock where I wasn't having any luck catching a golden, he would come up and hit the fly but he wouldn't strike it enough for me to set the hook and when I did set the hook he would keep getting off. Anyways I was determined to catch this golden by the rock, then one cast changed everything. I casted a little closer to the shoreline a bit farther away from the rock but I stripped it in anyways, soon and behold a hugh shadow came out of no where and engulfed my fly. The recap of the next few seconds was me screaming like a little girl and trying to get this pig to the bank before it got away. In the end I countine to find more and more reasons to love this lake, I won't name this lake or tell you where it sits for obvious reasons but I will gladly take you there for an awesome day of fishing. 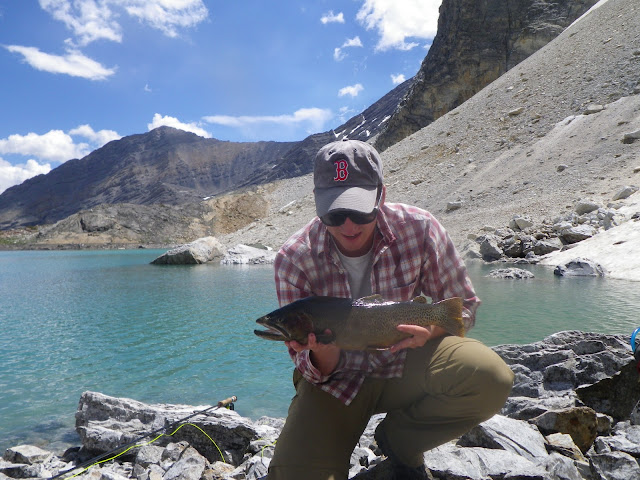