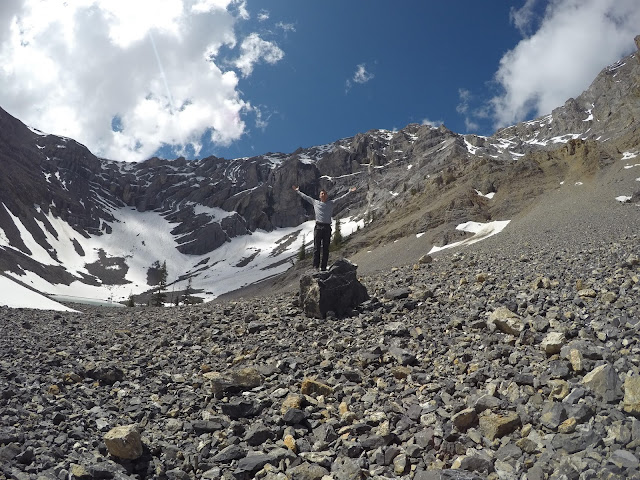 Alone on my own, for some reason its really hard for me to get my friends to come to the mountains with me but with them or without them you know Im going to hit the mountains. This trip was up Dry Creek where Swauger Lake sits and another little lake that is unnamed that I have been wanting to check out for awhile now.
I always seem to hit Swauger Lake at the first of the year because it sits at a lower elevation and gets quite a bit of sun light since it faces south. Last year we hit it pretty early and found a lot of snow with a lake that was frozen but this year has been a lot different, less snow and warmer weather made this lake open relatively early. On the drive in I could tell that the lake would be unthawed but the question would be how much of it. On the hike up I was reassured that the lake was going to open. The huge snow bank that we ran into last year was completely gone and sure enough the lake was ice free and the water was extremely clear compared to previous years.
Fishing was great! It seemed like I timed it just perfectly to where the fish were on the hunt for food. Catch rates were good and got to the point where unhooking the fish took longer than catching them. There was this one spot where all the fish where concentrated and looking for food. They didn't care that I was standing over them so I threw my Gopro to see if I could get some good footage and sure enough they weren't scared of that either. After seeing the video some people said that it looks like I put my Gopro in a raceway at a hatchery and not a mountain lake.

After fishing for a bout an hour a headed to that other lake that I wanted to check out. Curiosity was killing my cat so I had to go check it out and I'm glad that I did. This lake doesn't have any fish in it but it has some killer views. The mountains just tower over the lake with a few waterfalls dropping into the lake. I'm glad that I brought my Gopro because I don't think my other camera would be able to catch the mountains and the lake all in the same photo. The only thing that would have made this trip better was if there were trout in the lake. 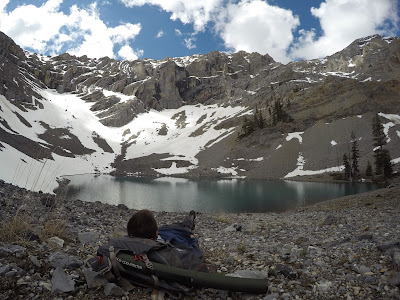