River of No Return 50K: Run Fast, Everything Else Here Does 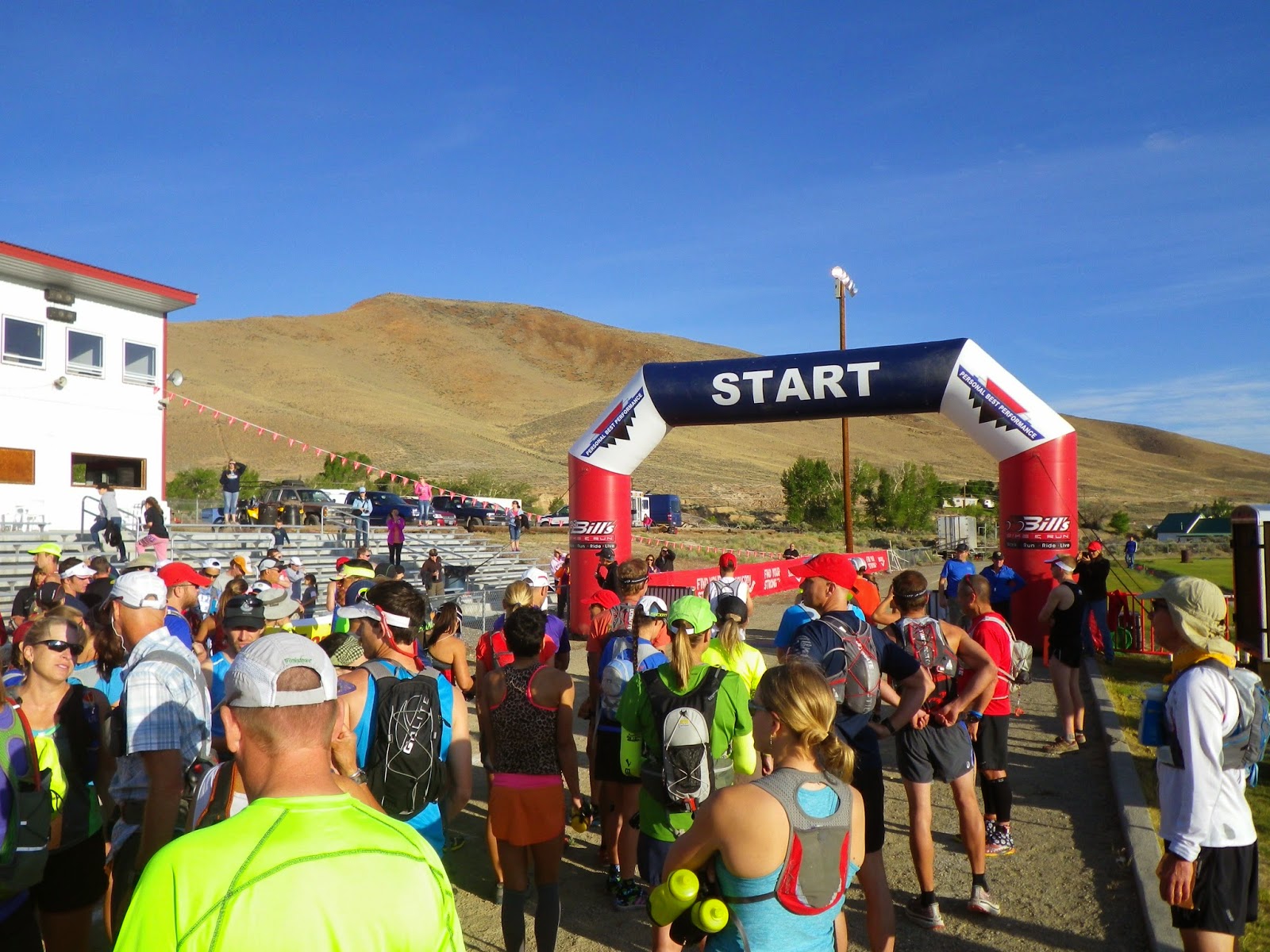 You know your an ultra-runner when you eat mustard like gel packets. I have been looking forward to this race for about 6 months now. I signed up for RONR a month before Wilson Creek and was excited even more so about it. It was the first year of the race, so it was hard to see what it was going to be like and what might be expected of it. I went into this race wanting to accomplish two goals; breaking my previous record on my personal best 50K time 7:04, and the other goal that would be tough to accomplish is to place in my age group.
The 50K race started at 7:30am and I thought it was going to be perfect weather but it was extremely hot at the beginning of the race. After Paul had gathered all the racers together the race took off around the high school track and then down the highway for about 2 to 3 miles. This is the part off the race where things started heating up. The next 8 miles or so was all open country with the sun blazing on your back but I took advantage at this point to slow down and refuel with water and to start eating solid food early so I wouldn't pay for it later. By the time I hit Birch Creek Aid station nestled in the trees, I was feeling pretty good, good enough that it just felt like another day out in the mountains. After refilling my water bottle, grabbing a few gel packets and a handful of pretzels I was off on the steep hike to Keystone Aid Station. I power hiked about two miles to the top where I continued to refuel knowing I could refill my bottle at Keystone that was only 3 miles away. By the time I reached the top I was ready to get back to running, so joining the other runners we bombed it down to Keystone where they let out a few wolf howls here and there.
The Keystone Aid Station was filled with so many goodies, that it was hard to leave. This was the out and back portion of the race where you could see where you sized up against the other 50K runners. It was only about a mile until I saw the top elite runners running up the hill as I was heading down to Bayhorse. I thought this would be a good time to keep my mind busy and start counting all the runners that I passed on the way down and see what place I was in. This section was about 4 miles downhill and then 4 miles straight up. I took the downhill easy knowing that I needed to save my legs for the last 10 miles of the race. When I got to Bayhorse (which is an old mining town) I counted roughly 45 to 50 runners ahead of me and after I quickly asked for the time I was 19 minutes behind my 7 hour goal. I quickly took a 5 minute break and and refilled my pack with gear from my dropbag. The next 4 miles was rough for me, at this point in the race my lower back started hurting and it was really heating up so I had to take many breaks and stop at  each creek crossing to wash my face. The face washing and watching all the runners behind me run down the hill kept me going. What I have noticed about ultramarathons is the overwhelming support of runners cheering each other on to accomplish the same goal. You never really see this in any other sport, and after talking to others about this throughout the race it just seems that other races its too competitive to cheer others on when everyone is wanting to beat each other. 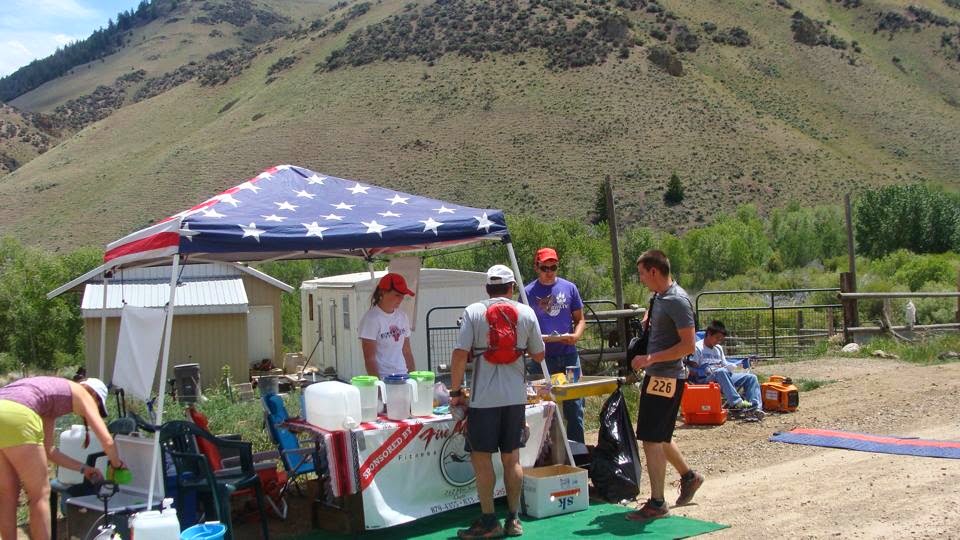 When I got to the top of Keystone I was falling behind on my splits and needed to be to the next aid station in 30 minutes that was 5 miles away. In order to do that I got behind a guy that I had been leap frogging and running with throughout the race. We both just bombed down the mountain. I think the only reason I was able to keep up with this gentleman is that I had him pick the route through the rocky road I was able to just let my legs run free. I knew that I would have easily stopped for breaks if I wasn't running with him but I just pushed through and hung on to him all the way to the aid station where we made it in about 6 minute miles. We decided at  the Keystone Aid Station that we would finish the race out together but I was tired after that 5 mile run so I told him to go ahead while I took a break and refueled. He ran ahead of me but I kept him in my sights so I could pace myself with someone with a similar speed. I finally broke in and knew that it I needed to put it all on the line and finish strong because that's why I do these races is to prove what my body is capable of. I finally caught up to him and then eventually took off without him, since he had nothing left in the tank. You know you finished strong when you have to walk for a bit when the finishline is in sight. I met both of my goals, which was well earned and my next race is in less than 4 weeks (Wild Idaho Endurance Runs).